Home » How to prevent the occurence of an anterior cruciate ligament rupture? 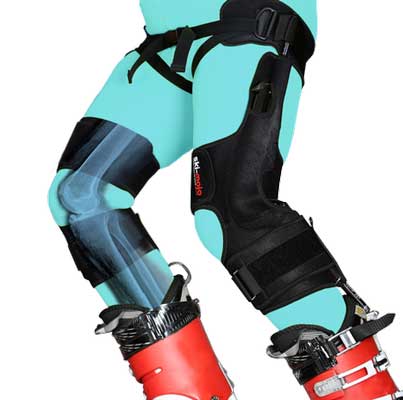 After 2 years punctuated by successive confinements linked to covid and the interruption of team sports, the gradual resumption of sports activity and the upcoming opening of the ski season leads to putting the emphasis on the prevention of anterior cruciate ligament (ACL) ruptures, a serious injury likely to permanently compromise the practice of sport.

This rupture can lead to surgical reconstruction of the anterior cruciate ligament, an surgery requiring a long and difficult rehabilitation and which takes away from the practice of the most restrictive sports for 9 to 12 months.

Given the severity of this tear, much research has focused on its prevention. Risk factors for ACL rupture have been identified which are of 3 types:

The PEP (Prevent Injury and Enhanced Performance Program) is part of the training programs that take into account the risk factors for ACL rupture. It was developed by the Santa Monica Sports Medicine Foundation and emphasizes good landing, downforce change and deceleration techniques. This program allows a significant reduction in ACL injuries (approximately 80%) and requires a period of 6 – 8 weeks to be effective.

Regarding skiing, in recent years we have seen the appearance of exoskeletons which absorb about a third of the body’s weight and thus relieve the muscles and joints while giving more power. These exoskeletons, which have a stress-damping system (spring or pneumatic shock absorber), are shaped like a large articulated knee brace and can be worn over or under ski pants. These exoskeletons were not directly designed to prevent anterior cruciate ligament ruptures but by reducing the stress on the ligaments of the knee, they can have a protective effect on the rupture and can also help the resumption of skiing after a ligamentoplasty of the knee. ACL.

Unfortunately, there is no miracle cure for preventing an anterior cruciate ligament rupture. However, adequate physical preparation (PEP program) has shown a significant reduction in ACL ruptures. As for exoskeletons for skiing, the recoil is still insufficient and their preventive effectiveness, even if one can reasonably hope, still needs to be evaluated.

Discover the operations linked to this article:

Anterior cruciate ligament rupture results in knee instability or the premature wear of the menisci, a potential source of early osteoarthritis in young patients. Arthroscopic reconstruction of the anterior cruciate ligament is a reliable proven method for stabilising the knee, protecting the menisci and enabling a return to the same level of sports activity as before.